Having four major manufacturers as associates: Electrolux, Hewlett Packard Portugal, LG Portugal and Sony Europe BV, a branch in Portugal, ERP Portugal was created on May 13, 2005, having obtained its first permit to operate in WEEE management in 2006, having seen its permit renewed on May 25, 2018, through Joint Order No. 5258/2018.

In 2017, ERP Portugal partnered with Novo Verde, Packaging Waste Compliance Scheme, to start its activity in the management of this waste.

With the increase of unrestrained products consumption, their life cycle has become shorter, increasing the volume of waste generated, requiring a specific routing, including the electronical and electronic equipment, batteries and accumulators waste. Recycling is positive and a benefit for people, companies and the Environment.

The active participation of all of us is fundamental and consists in delivering the waste in the appropriate collection points, ensuring their decontamination, treatment and recycling.

After being collected, WEEE and WBA are delivered to a receiving center, where they are sorted according to their operational treatment category. The operational categories in which we separate the collected waste are:

After being separated into categories, these are transported to waste treatment units to proceed with their decontamination and recycling or recovery. The stage of obtaining raw materials (recycling) closes the circuit and gives rise to the manufacture of new products (incorporation of materials in the industry).

The treatment of WEEE is very complex because this equipment in most cases has a wide variety of materials, such as plastics of various types, different metals, glass, etc. In addition to the diversity of materials, they are also made up of dangerous substances that need to be removed and treated independently, namely heavy metals.

WHAT HAPPENS TO OUR END OF LIFE ELECTRICAL AND ELECTRONIC EQUIPMENT

Every equipment that needed electricity or a battery to work and has reached its end of life.

WHAT HAPPENS TO OUR USED BATTERIES

Devices that can store energy to give power to electrical and electronic equipmet. 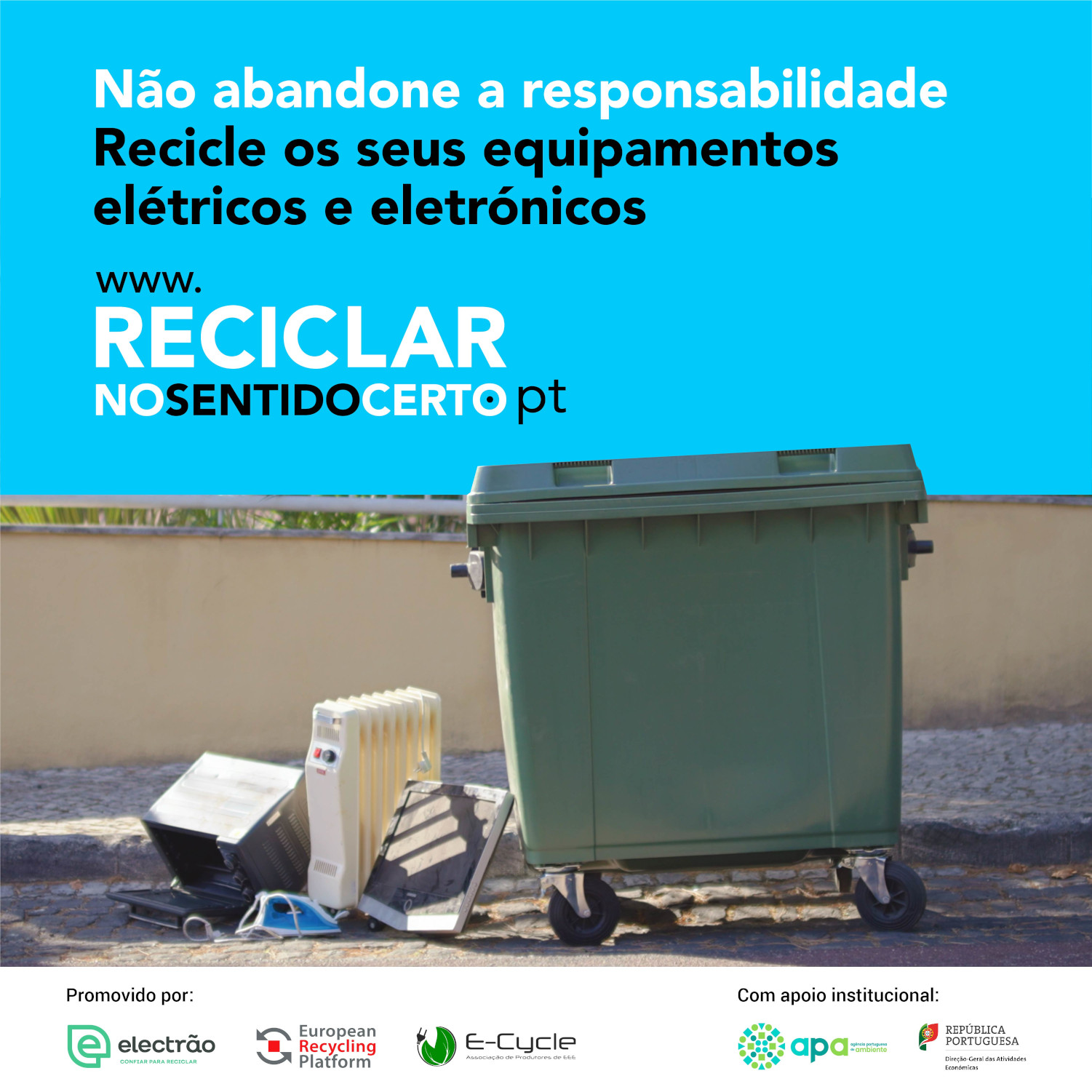